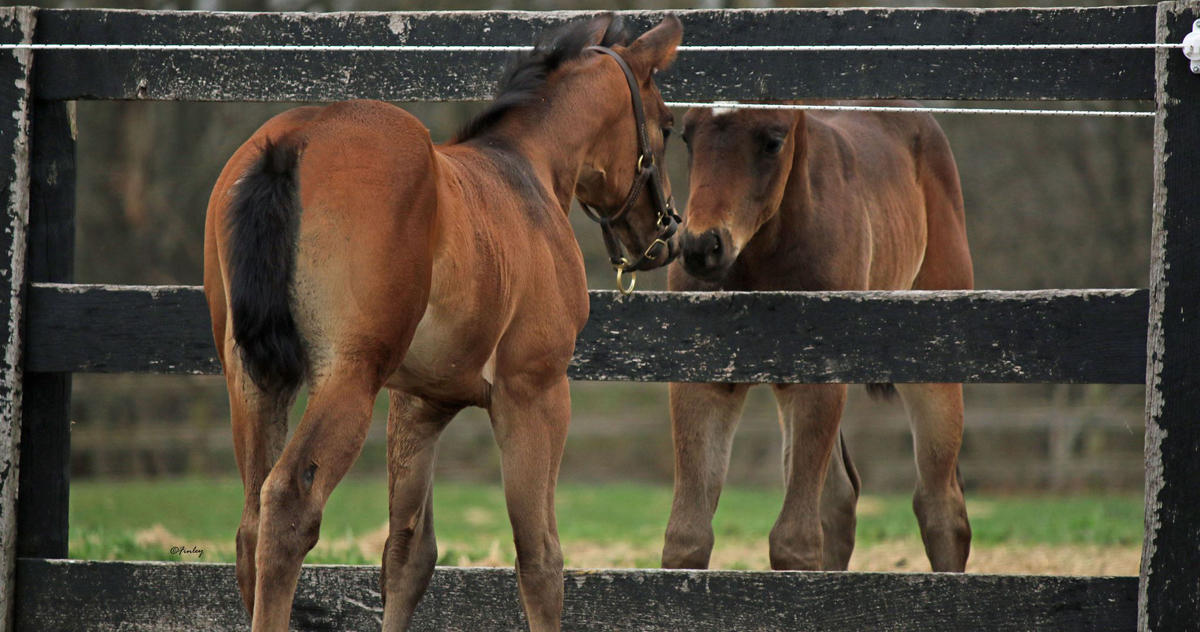 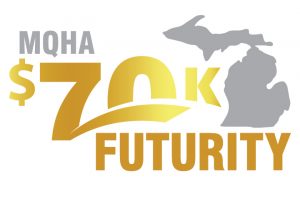 Each September, the Michigan Quarter Horse Association holds the MQHA Futurity and SSA Classes at the MSU Pavilion in East Lansing, MI.  The Futurity classes are now open to any breed of horse recognized by the NSBA.  The SSA weanling, yearling longe line, two-year old western pleasure and three-year old hunter under saddle classes are available to those entries that are either Mare Owner entries (the resulting foal from a Michigan SSA breeding purchase) or Stallion Owner entries which are entries designated by the Stallion Owner who donated the breeding.  This event also boasts six AQHA approved shows that nicely compliment the Futurity format.

The Southern Michigan Horse Sale/MQHA two-year-old western pleasure is also held during this circuit.  This class is for two-year olds sold through the SMHS held in November of their yearling year.

The twentieth and final presentation of the Anna Bays Memorial Trophy was once again held at the Michigan Quarter Horse Breeders’ Futurity. I am truly honored to make a special presentation on behalf of the many friends of a very special lady. It has always been a pleasure when I have been able to award the trophy to someone who has known Anna. This year’s winner, Nancy Beck, is one of those recipients. She was congratulated as the final winner as the breeder of her filly No Doubt A Mito by No Doubt I’m Lazy out of Miss A Bit Of Skip which Nancy personally exhibited. Nancy will now be able to enjoy the beautiful trophy that honors the memory of Anna Bays. Feb 8th, 2018 will mark 20 years since MQHA has lost a lifetime member and active breeder when Anna Bays, 92, perished when her home in Traverse City caught fire. Anna loved raising her foals and always dreamed of having a futurity winner. Tom Robertson, Jerry Robertson, Jarra Hilliker and Gary Gleason were all trainers that worked for Anna. She shared in a partnership of the stallion SR Ready Conclusion, an own son of Conclusive. Everyone who ever met Anna can tell you how vibrantly she talked about her babies and the Michigan Breeders’ Futurity.

In an effort to honor her memory many of her friends commissioned sculptor Marrita Black of Gainesville, Texas to create the bronze trophy which depicts a weanling playfully rearing with a ribbon. The black walnut base has a bronze name plate on the front and individual name plates listing the succession of winners. The winner keeps the actual trophy for one year, and then exchanges it for a commerative plaque. An exception to that was in 2010 when the trophy was awarded both at convention and the futurity, which is how the trophy completed its twenty-year tour before the 20th anniversary of Anna’s passing. The award goes to the Michigan breeder whose weanling beats the most horses in his/her halter class in the open division at the MQHBF. Past winners include Ted Lincoln, Phil Cumper, Robert & Terri Wolf, Denise Pucilowski, Lorraine Barrigar, Diane Hyde, Judy and John Van Dyke, Bob Sherman, Dr. Kenneth & DianMain, two time winners Michael & Suzanne Cramer, seven time winners Steve & Kelli Jensen and last year’s recipient Doug McLaren, Sr. We hope everyone who attended Breeders’ Futurity was able to enjoy this beautiful work of art where it is displayed before it is awarded. I’m truly grateful for the friends I have made within the Michigan Quarter Horse Association who have shared with me their enthusiasm and support for this memorial. I can speak for everyone who knew and loved Anna, in saying that I hope that everyone enjoys this memorial trophy as much as we enjoyed Anna.

The results are in! Please click on the link below for results of the MQHA Futurity and Stallion Classes